Why I Signed the “Dump Trump, then Battle Biden” Open Letter 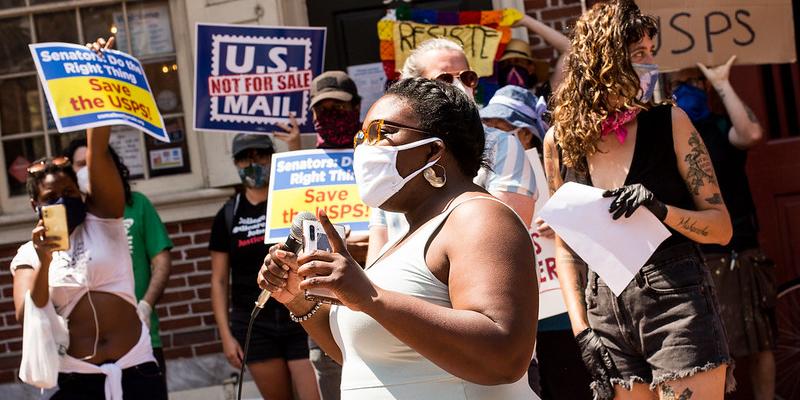 Louis Proyect expresses surprise at several of the signatures, including mine, that are affixed to the “Dump Trump, then Battle Biden” open letter.

Speaking just for myself, I share his surprise, and I also share his disgust at the figure of Joe Biden. I surprised myself, because the position of advocating a lesser-evil vote – not for myself in Massachusetts, but for those in “battleground” states – is one that I would not ordinarily take. But this is not an ordinary moment, and the allowance for this kind of exception finds strong precedents, including in the strategic thinking of Marx.

Discussing the January 1849 elections to the Prussian Constituent Assembly, Marx distinguished between the movement’s electoral tactics and its longer-range organizing: “Where it is a struggle against the existing government [the Prussian monarchy], we ally ourselves even with our enemies.… Now, after the election, we again affirm our old relentless standpoint not only against the government but also against the official opposition.”[1]

The “existing government” in 1849 Prussia corresponds to the prospective regime that can be anticipated in the event of Trump’s continuation in power. The choice, in other words, is not just between two sets of policies or personalities; it’s between two different regimes.

The Trump-led coup d’état is already in process, with his sabotage of the Postal Service, his equivocation about accepting the electoral outcome (implying that the election will not be “fair” if all votes are counted), and his portrayal of the Democrats as embodying a scenario of disorder and the specter of socialism.

At this point, no one knows what the outcome will be, but the consummation of the coup could take various forms, including Republican state legislatures declaring DP majorities in their respective states null & void, and then installing an alternate slate of Electors, and/or seeing an inconclusive Electoral College outcome thrown into the House of Representatives, where, under the 12th Amendment to the US Constitution, each state, regardless of its population-size, would have only a single vote (which would give the Republicans a majority).

The surest defense against such scenarios is an overwhelming Electoral College victory for the Democrats.

We live in a period of emergency. I don’t need to underline here what a second Trump term would bring (“off the charts,” in the words of the Open Letter). I have no illusions about Biden; that’s why we say that he will have to be resisted from the get-go. I also realize that the fascist forces embodied by Trump will not disappear. But the space for continuing our work – of not only resisting the policies of capital, but also building toward a socialist alternative – will be significantly less constricted if Trump can be pushed out of the way.

The full text of all articles are available on this website 18 months after the print publication date.

For texts of articles published within the past year, please contact us (info@sdonline.org) about buying a copy of the journal, or else contact our publishers through their website: https://www.tandfonline.com/toc/csad20/current