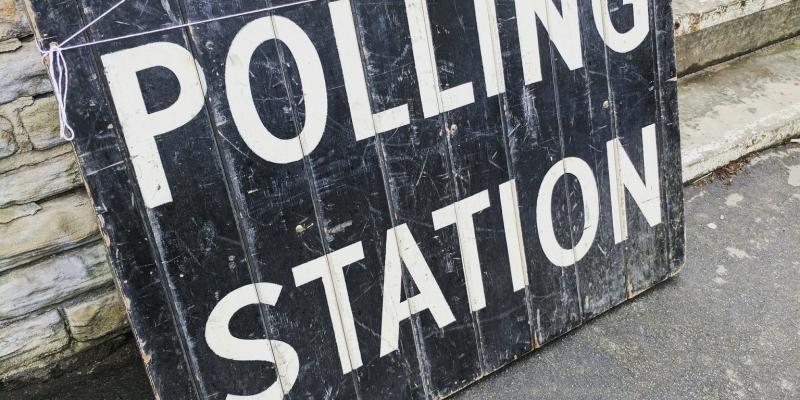 Beating Trump in 2020 is going to take a massive organizing effort. This is not an ordinary election. According to reporter Greg Palast, Republicans are trying to steal the election. They are implementing a slew of voter suppression strategies. That is, they are trying to prevent people likely to vote for Biden, people of color and young people, from voting. In addition, they are working to make sure Democratic votes are undercounted. For example, in a recent court ruling, a federal judge stated Postmaster General Louis DeJoy was engaging in “an intentional effort on the part of the current Administration to disrupt and challenge the legitimacy of upcoming local, state, and federal elections.” In the swing states, the Republicans only need to suppress a small percentage of votes to win the election.

Below are the steps progressive activists need to take to beat Trump and the Republicans.

The good news is if America’s multiracial working class turns out, Democrats can win a “blue wave” victory overwhelming Republican voter suppression. Unmarried women, Millennials (ages 18-34), African Americans, Latinos, and all other people of color make up 60% of eligible voters. According to a study done by the Poor People’s Campaign, in the 2016 presidential election, if low-income people voted at an equal rate as high-income people, they could have changed the electoral outcome in 15 states. If we organize, we win!

Some disappointed Bernie Sanders supporters are reluctant to support Biden because he is a Corporate Democrat. But, this election is not about Biden. The primary goal is to end the Trump presidency. Progressives are fighting to set the political agenda for the next four years. Do we want to fight a defensive battle against an authoritarian White supremacist or push Biden for an antiracist justice system, a Green New Deal, and Medicare for All? We can at least expect a Biden presidency to respect science and better manage the pandemic and its economic consequences. This will save hundreds of thousands, possibly millions of lives and jobs, not just in the U.S. but globally.

3. Everyone Must Verify That They Are Registered to Vote.

Between 2016 and 2018, 17 million people were purged from the voter rolls. The excuse Republicans give for the voter purges is that they are eliminating people who have moved out of voting districts in order to prevent people from voting twice. However, the allegation of double voting is a fraud. Double voting is extremely rare. In addition, the purges have been wildly inaccurate.  Not surprisingly, people of color and young people have been removed at disproportionately greater rates. Civic organizations, churches, and families must organize voters to check their voter registrations. Organizers can check voter registrations through websites such as People’s Power Grab.

Every state has its own rules about how to vote. Slate Magazine has created a guide summarizing the voting rules in every state.  A detailed description of each state’s election rules can be found on the websites of Election Protection 866-Our-Vote, Vote411, and Vote.org. Republican-dominated states have passed “New Jim Crow” laws which limit the voting power of people of color and young people. In the Old Jim Crow, racist politicians prevented Black people from voting with poll taxes, bogus literacy tests, and violent intimidation. In the New Jim Crow, the Republicans use new strategies to limit voting. For example, voter ID laws create a discriminatory hurdle for voting. Low-income and young voters are less likely to have a driver’s license. Election officials have limited polling places and voting times making it more difficult for likely Democratic voters to vote. In the Wisconsin April 2020 primary, only 5 out of 180 polling places in Milwaukee were open.

Activist groups need to educate voters about the rules. It is easy to get frustrated by the rigged system. But to win, progressive voters need to know the rules, play the game, and insist on voting. We must persevere to win.

5. Make Sure Vote-By-Mail Ballots Are Counted

Due to COVID-19, many people are going to vote by mail in the 2020 election. The Republicans are going to have an army of volunteers ready to challenge the mail-in ballots. Voting by mail is a multistep process. If a voter makes one mistake, their vote can be tossed out or “spoiled.” Common mistakes include: not using a black or blue pen or lead pencil to complete form, putting a checkmark instead of filling in a bubble, not signing your name the same way it is listed on the voter registration, not including a witness signature, not putting the ballot in an inter envelope (the secrecy envelope) before putting it in the outer envelope,  not putting a stamp on the envelope, and not mailing the ballot in time for it to be counted. This is a link to a video on “How to Properly Fill Out an Absentee Ballot in Louisiana.” I counted 18 steps in the directions.  First-time mail-in voters are more likely to make mistakes. To make things even more difficult, the process for requesting and completing a mail-in ballot is different in each state. In addition, there is already evidence that Black voters’ mail-in ballots are rejected more often than White voters’. Moreover, given the Republican effort to sabotage the post office, voters should consider dropping their mail-in ballots off at designated ballot drop boxes. Civic groups, churches, families must educate each other on how to complete the mail-in ballots correctly. Voting cannot be a private affair. We all need to educate each other.

Whether by mail or in person, the progressive working class needs to vote early. Request your mail-in ballot now. It is likely, in areas with a high number of Democratic voters, Republicans will try a variety of voter suppression tactics including limiting voting locations, voter intimidation, and stricter enforcement of voter exclusion laws such as voter ID laws. Voting early will allow Democrats to make sure their votes count. If there is an attempt to suppress votes, voting early gives activists time to organize to stop the suppression and defend every vote.

If you vote in person, it is good practice to print a sample ballot from your state’s website, complete it, and bring it with you when you go vote.

7. Be Prepared to Fight for the Right to Vote: Bring Valid ID to Vote.

Some voters may get to the polling place and have difficulty voting. They may have been purged from the voter list. A Republican operative may “challenge” their right to vote.

Voters must be ready to fight for their right to vote. Voters voting in person must bring valid ID and proof of residency to the polling place in some states to vote. Know what counts as a valid ID in your state. Insist on voting. If your vote is challenged, demand that a poll judge review your case immediately. Only accept a provisional ballot if you have no other alternative. Provisional ballots are sometimes not counted. But, completing a provisional ballot is better than not voting! If you are given a provisional ballot, follow up to make sure your vote is counted. If you have any problem voting, contact Election Protection at 1-866-OUR-VOTE. Reporter Greg Palast and Robert Kennedy Jr. have written a free comic book entitled “Steal Back Your Vote” detailing how people can protect their right to vote.

Like all citizens, homeless people and people in transition have a right to vote. However, they face additional barriers to voting. The National Coalition for the Homeless has organized the “You Don’t Need a Home to Vote” campaign “to promote voting access for low income and homeless persons.” They have published a “Homeless and Low Income Voter Rights Manual” which organizers can download on their website.

8. Become a Poll Worker or a Nonpartisan Election Protection Volunteer

Traditionally, people who run voting sites tend to be older. However, with COVID-19 many of the older polling place workers are choosing not to volunteer this year. A lack of poll workers could suppress the vote of people of color. Basketball star LeBron James and a collective of other professional athletes and entertainers have formed “More Than a Vote” to fight voter suppression. They are calling on people to sign up to be poll workers. People can sign up to be a poll worker through the More Than a Vote website.

9. Get Involved in Registering People to Vote and Campaigning

Progressives in swing states can get involved in local progressive groups and local political campaigns. Turning out the vote for local campaigns will influence the presidential race. For example, Reclaim Philadelphia is campaigning for local city candidates.  You can also get involved in congressional campaigns for candidates such as Rashida Talib in Michigan and Ilhan Omar in Minnesota. National organizations are phone and text banking into swing states. Some organizations you can volunteer for include People’s Action, Our Revolution, Working Families Party, Roots Action, and United Against Trump.

Progressives need to protest voter suppression in the run-up to the election. We need to alert people to this threat to democracy. Mass protests communicate that we are going to defend our democracy together and motivates people to vote.

Also, the progressive majority needs to be ready to revolt in the aftermath of the election. We must stop Trump from stealing the election. We cannot allow another judicial coup like 2000 in which the Supreme Court prevented a full count of the votes in Florida and ordained Bush the President. Famed activist scholars Francis Fox Piven and Deepak Bhargava argue we need to be prepared to engage in sustained nonviolent protests making the country ungovernable. We must defend our democracy.

The full text of all articles are available on this website 18 months after the print publication date.

For texts of articles published within the past year, please contact us (info@sdonline.org) about buying a copy of the journal, or else contact our publishers through their website: https://www.tandfonline.com/toc/csad20/current